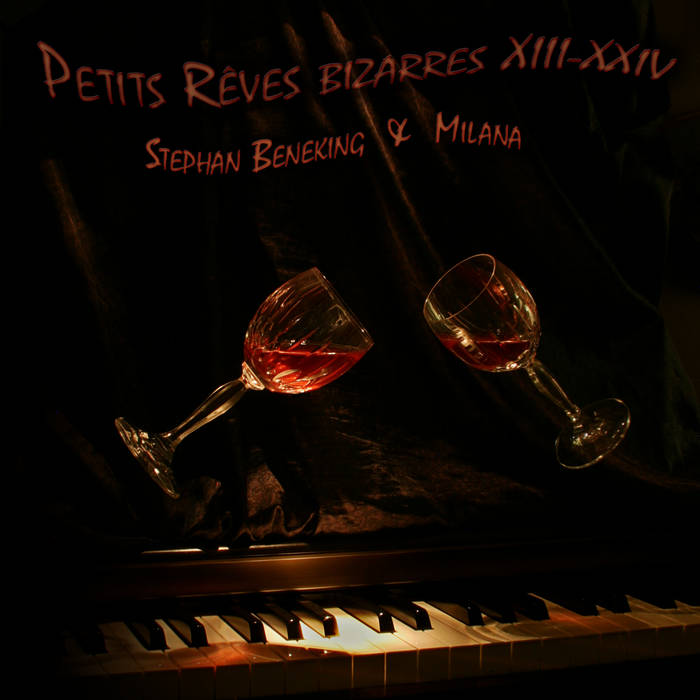 Milana Zilnik from Canada and Stephan Beneking from Berlin joined their talents to create an exceptional combination of composed pure piano works and piano improvisations. Enjoy the best of both worlds in these recordings of the "Petits Reves bizarres" (strange little dreams).

Stephan Beneking, composer, is based in Berlin, Germany.
Beneking´s orginal compositions are in neo-classical, melodic style for piano solo. The unique melodies and often deep melancholy in his pieces attracts listeners all over the world, even comparing him with the likes of Chopin, Schuman and Schubert. His repertoire comprises more than 150 piano works so far and his music is being played by hobby and professional pianists in many countries. All scores/sheet music can be downloaded for free on www.beneking.com.

Milana Zilnik
Ever since I heard my father play and touched piano keys myself for the first time, I knew I had to play. Playing piano since I was four and graduated musical school with honors. Though, I always felt that playing by notes and singing in a choir is not enough to become a musician. I needed to be able to play anything I want by ear. So, by starting improvising, I´ve found my own style of playing. I´ve always had a soft spot for rock & jazz because of their musical complexity but I also love experimenting with other genres.
www.milana.ws

Bandcamp Daily  your guide to the world of Bandcamp

Cannibal Corpse's George "Corpsegrinder" Fisher stops by for an interview